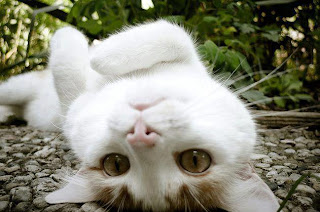 Posted by cecilia-allthingsbeautiful.blogspot.com at 9:13 AM No comments: Links to this post

Cats took many thousands of years to domesticate humans.

I’ve never understood why women love cats. Cats are independent, they don’t listen, they don’t come in when you call, they like to stay out all night, and when they’re home they like to be left alone and sleep. In other words, every quality that women hate in a man they love in a cat.

Thousands of years ago cats were worshipped as gods. Cats have never forgotten this.

What’s the difference between cats and dogs? Dogs have owners, cats have staff.

What are cats? 1. Cats do what they want, when they want. 2. They rarely listen to you. 3. They’re totally unpredictable. 4. They whine when they are not happy. 5. When you want to play they want to be left alone. 6. When you want to be alone, they want to play. 7. They expect you to cater to their every whim. 8. They’re moody. 9. They leave their hair everywhere. 10. They drive you nuts. Conclusion: Cats are small women in fur coats.

Four men were bragging about how smart their cats are. The first man was an engineer, the second man was an accountant, the thirdman was a chemist, the fourth was a government worker. To show off, the engineer called to his cat, ‘T-square, do your stuff.’ T-square pranced over to a desk, took out some paper and a pen and promptly drew a circle, a square, and a triangle. Everyone agreed that was pretty smart. But the accountant said his cat could do better. He called his cat and said, ‘Spreadsheet, do your stuff.’ Spreadsheet went out into the kitchen and returned with a dozen cookies. He divided them into four equal piles of three cookies each. Everyone agreed that was good. But the chemist said his cat could do better. He called his cat and said, ‘Measure, do your stuff.’ Measure got up, walked over to the fridge, took out a quart of milk, got a ten-ounce glass from the cupboard and poured exactly eight ounces without spilling a drop. Everyone agreed that was good. Then the three men turned to the government worker and said, ‘What can your cat do?’The government worker called to his cat and said, ‘Coffee Break, do your stuff.’ Coffee Break jumped to his feet, ate the cookies, drank the milk, pooed on the paper, bit the other three cats, claimed he injured his back while doing so, filed a grievance report for unsafeworking conditions, put in for Workers’ Compensation and went.
Posted by cecilia-allthingsbeautiful.blogspot.com at 9:12 AM No comments: Links to this post 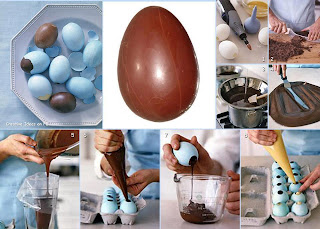 Posted by cecilia-allthingsbeautiful.blogspot.com at 4:44 AM No comments: Links to this post 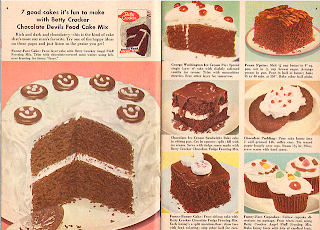 Posted by cecilia-allthingsbeautiful.blogspot.com at 1:59 AM No comments: Links to this post

How To Make A Sore Throat Tea... 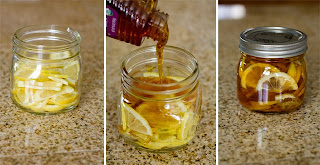 In a jar mix lemon slices, organic local honey and ginger. Refrigerate. Mixture will soon form a "jelly". Add a spoonful of the jelly into a mug and add boiling water and VOILA!

For more info on how to make and use, click the link above. — com Arona Marie, Nancy Tornillo-Harris, Kris Kenney Boggs e Jennifer Boudreau Garza.http://www.herbsandoilsworld.com/how-to-make-a-winter-sore-throat-tea/

Posted by cecilia-allthingsbeautiful.blogspot.com at 12:44 AM No comments: Links to this post