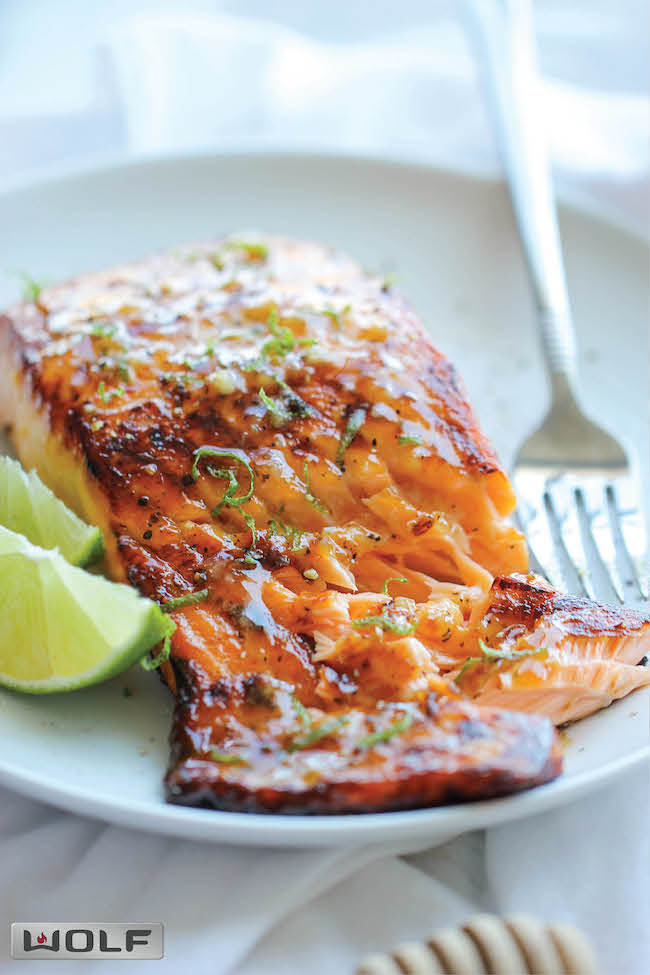 Prep Time10 minutes
Cook Time20 minutes
Total Time30 minutes
Yield4 servings
The easiest, most flavorful salmon you will ever make. And that browned butter lime sauce is to die for!
INGREDIENTS

FOR THE BROWNED BUTTER LIME SAUCE

INSTRUCTIONS
Posted by cecilia-allthingsbeautiful.blogspot.com at 11:58 PM No comments:

How To Make Nutella French Toast Rolls In 10 Minutes

Looking for a ridiculously decadent dessert that takes around 10 minutes to make? OnePotChef has one – Nutella French Toast Rolls! You take sandwich bread, smother it with Nutella and then fry them up and cover them with cinnamon and sugar. These hazelnutty chocolatey snacks definitely look naughty but delicious!
Here’s the ingredients:
6 Slices of Sandwich Bread
1/2 Cup of Nutella (Chocolate Hazelnut Spread)
1 Egg
1 Tablespoon of Milk
Butter (for frying)
2 Tablespoons of White Sugar
1 Teaspoon of Ground Cinnamon
First cut the crusts off a slice of white bread and roll it flat with a rolling pin. Next spread Nutella on the slice and gently roll it up into a tube. Mix white sugar with the ground cinnamon in a bowl.
Put the egg and the milk in a separate bowl and whisk them together.
Melt the butter in a pan. Dip the prepared bread rolls into the egg mixture and fry them in the butter until they are golden and crisp. Finally, roll or sprinkle the French Toast rolls in the cinnamon sugar. They’re now ready to eat!
Share this recipe with your friends and family who like desserts!

Posted by cecilia-allthingsbeautiful.blogspot.com at 11:33 PM No comments:

“When I was about eight or nine, my mom burnt some toast.
One night that stood out in my mind is when she had made dinner for us after a very long and rough day at work, She placed a plate of jam and extremely burned toast in front of my dad. Not slightly burnt but completely blackened toast.
I was just waiting to see if anyone noticed the burnt toast and would say anything. But Dad just ate his toast and asked me if I did my homework and how my day was. I don’t remember what I told him that night, but I do remember hearing my mom apologizing to dad for burning the toast. And I’ll never forget what he said:
“Sweetie, I love burned toast.”
Later that night, I went to tell my dad good night and ask him if he really liked his toast burned. He put his arm on my shoulder and said,
“Your momma put in a very long day at work today and she was very tired. And besides, A burnt toast never hurts anyone but you know what does? Harsh words!”
Then he continued to say “You know, life is full of imperfect things and imperfect people I’m not the best at hardly anything, and I forget birthdays and anniversaries just like every other human. What I’ve learned over the years, is that learning to accept each others faults and choosing to celebrate each others differences, is one of the most important keys for creating a healthy, growing, and lasting relationship. Life is too short to wake up with regrets. Love the people who treat you right and have compassion for the ones who don’t.”
Enjoy Life Now and Praise God!
Posted by cecilia-allthingsbeautiful.blogspot.com at 11:31 PM No comments: